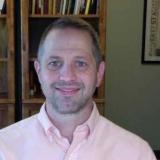 The dropdowns for the Stackideas toolbar stopped working on my site after working initially following a new installation.

It happened twice. After the first time I had just loaded the components on my site so I just reloaded everything and it initially worked the second time as well but stopped working. I think I was loading cover photos on easyblog when it stopped working.

The toolbar was loaded on my site with Easyblog 6.0 RC2.

The toolbar doesn't work in safari or Firefox on Mac or iPad but continues to work in chrome on Mac.

I am not a developer and unsure how to check the server for lite speed.

I turned on easy social toolbar and it works as expected.

The links work other than the dropdowns.
Attachments (2)
Attachments can only be downloaded by logged in users

The support team is online and will be able to answer your inquiries. Please stay calm, follow the rules and do not cross post.

We will attend to you as soon as we can.

Are you happy with our support and would like to buy us a cup of coffee?