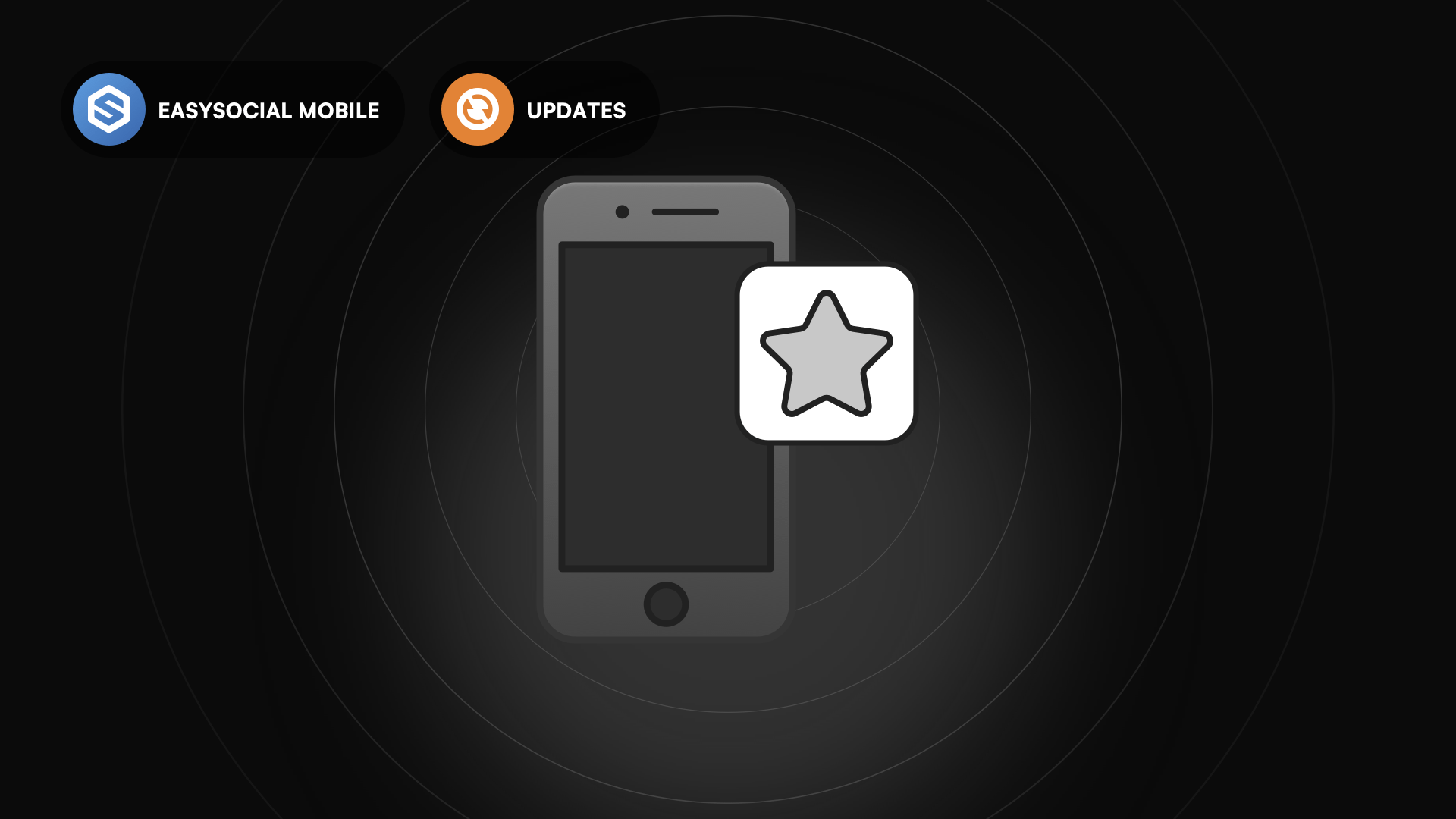 Nik
•
Tuesday, 18 October 2022
•
News
We have just released an update for EasySocial Native App to address some of the issues encountered from the previous release.