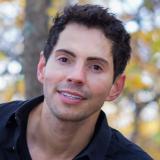 I wanted to say, that the new EasyDiscuss looks amazing..
Now that the official update was ready we uploaded it to our site.

I did want to mention that we did notice an immediate change in our font, along with other things.
It became extremely smaller.... for everything, font, images, etc.. (see attached)

After reviewing some other support tickets, I realize that there is a bit of tweaking to be done, but over-all not to time-consuming.

Your help on this would be greatly handy right about now

Attachments (2)
Attachments can only be downloaded by logged in users

It is currently off working hours and most of us aren't around.

Rest assured that we will get back to your issues as soon as the day starts tomorrow!

Are you happy with our support and would like to buy us a cup of coffee?