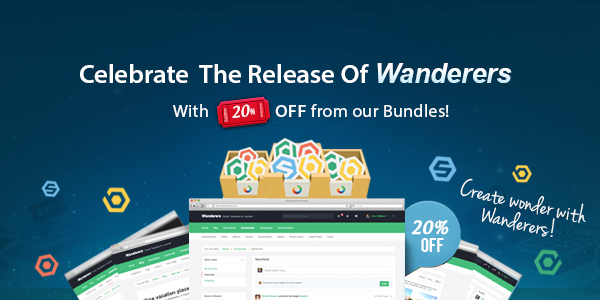 Wanderer - The Stable Release is Here. It's FREE!

After all those arduous process of beta testings and bug fixing, we are proud to announce the stable release of Wanderers. This is the first Joomla template that the Stack Ideas team have actually developed; and who can tell whether it's the only template or not? :)

For those of you who's still in the dark, Wanderers is a free Joomla template that is fully responsive and is compatible with EasySocial, EasyBlog, EasyDiscuss and Komento. You can view Wanderers in action here.

Here are some of the updates that were made after the beta testings :

Prior to the stable release, Wanderers actually doesn't support Joomla 2.5. After some in-depth study, our designers were finally able to make it so that Wanderers is compatible with Joomla 2.5. However, I personally and strongly suggest for our users to upgrade their site's Joomla! version to Joomla! 3 as Joomla 2.5 is nearing it's end of cycle.

Another major improvement for Wanderers is the revamped user's toggle menu. We've made it much more simple for users to view the menu. 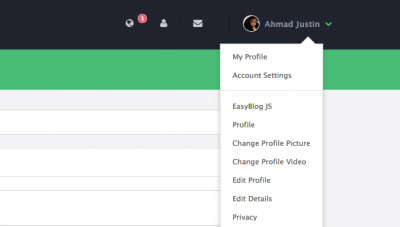 Apart from the menu being revamped on desktop view, we've also updated the menu on responsive view. 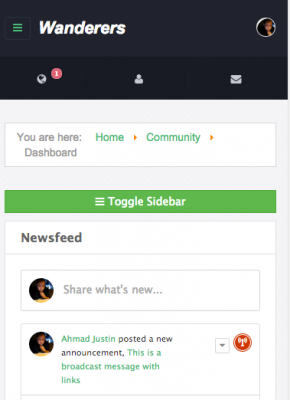 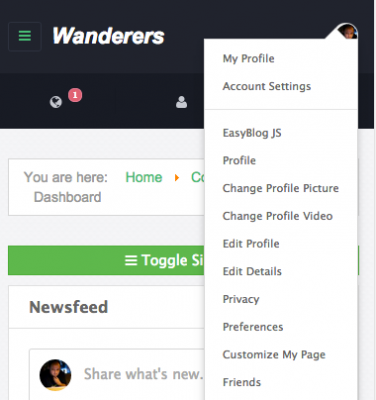 Not only does we've revamped the menu, we've also made the notification module to be visible in the responsive view.

As you've might have noticed from the previous screenshots, all of the avatars have been set to a rounded avatar. The avatar applies to all pages, including the Activity Stream and User Profile page.

There are tonnes of under the hood stuffs that we've fixed, making Wanderers as stable as an the the Kuala Lumpur Convention Centre building.

It will give you a 20% discount to your new bundle purchase only.

If I were you guys, I'd make haste to the Bundle page and purchase all of the bundles...!