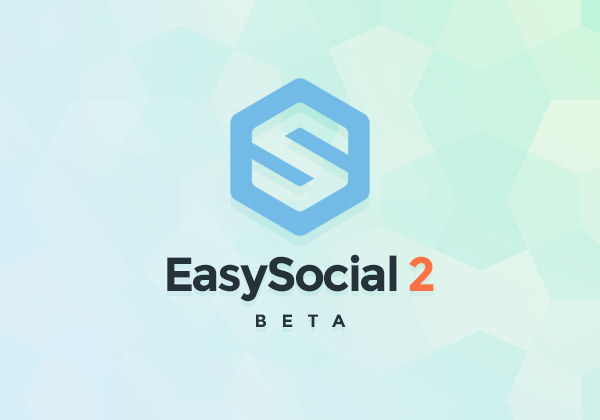 It's only just about a week since we released Alpha 1 and we squashed almost 40 different issues including hosting environment problems. Thank you to all the awesome testers! We believe that EasySocial 2.0 is one of the most stable release we have ever crafted.

Along with the beta, we will also be pushing out updates for EasyBlog, EasyDiscuss and Komento later this week so that it would work out of the box with EasySocial 2.0. For those who don't have a staging site yet, we created a playground for EasySocial 2.0 so that you can run wild there!

The playground also demonstrates the restructured SEF urls, which is something that we have always wanted to fix since version 1.0. If you have a chance pay close attention to those pretty urls. We spent a lot of time crafting all the urls over and over again just so that your site urls would kick a$$.

P/S: We have had several feedback from the Alpha release that it was blazing freaking fast and the responsive layout was amazing. Let me know what do you think :)